In healthcare, many of us are very familiar with the term "burnout". In nursing, it's becoming ever more prevalent with staffing cuts, unsafe patient:staff ratios, lack of support from administration, violent patient encounters that were unheard of when I graduated from nursing school so many years ago, not to mention health care workers being discouraged from reporting said encounters to law enforcement by management. I had started this blog over a year and a half ago, as a way to start writing again. It was a short lived effort. I had lost JJ's voice on her social media accounts and I couldn't quite get into the rhythm of writing. Even my posts about hospice, the dogs, and all things in between fizzled a bit over the next year. I just didn't have the desire to write or even to share as much as I usually did.

When I helped to build the Hospice House almost eight years ago, it was an exciting time for our program. Several of us spent a lot of time making up policies and procedures, as we figured out what on earth we were trying to do. Many of us from our home hospice team made the decision to transition to inpatient hospice and help build that side of our program, along with our medical director and an amazing nurse practitioner who led the charge. Things as simple as giving medications to patients was no simple task. We were a hospital unit separated from the rest of the hospital by over 8 miles. We had no automated medication dispenser. We had a kitchen, but no cook. Our CNAs got to quickly add short order cook to their resumes. The supply rooms looked huge during construction and tiny once they were filled. It went on and on, as we prepared to satisfy not only the building codes and fire marshal rules, but the state and federal regulations that require inpatient hospice units to look home like, have 24 hour visiting hours, and have hot running water, to name a few. In time, we all had a rhythm that adjusted as needed and we built a fabulous team as we opened all twelve beds after our first six months of being open. We learned that nursing tasks we had not done in years (some twenty!) turned out to be like riding a bike, albeit with some required cheering and "just do it" mantras as we left our comfort zones, nary a helmet in sight. I will forever be proud of what we accomplished and the amazing care we have provided to our community over the years. 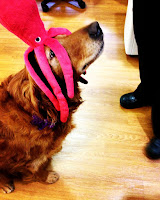 JJ started working once we opened and continued up until a few days before her death. Looking back, those were magical years, never to be repeated from the perspective of working with a canine partner. While I had hoped Ember could start working with me and was in training to do so, it simply could not happen. We had become very busy with most of our beds staying full in the first eight months of 2019. It wasn't slow enough for me to be a nurse and a dog handler. JJ had the opportunity to ease into the work, when it was much quieter with the majority of people in the building being staff members, not visitors. I had no plans to stress myself out trying to add a dog to the chaos of work life. We were known to take very acutely symptomatic patients at end of life, requiring a lot of attention and medications. Our pattern of having many days at home on call had come to a screeching halt. During JJ's years of work at the Hospice House, many of our "work" days were spent at home playing, waiting to see if we needed to come in to help. Those standby days were how I finished the book on time per my contract deadline.

As a inpatient nurse, I was working twelve hour shifts, something that the majority of hospitals are doing now. The benefit is longer stretches off, but as I get older, it has taken a toll, especially the monthly schedule of three on, one off, and three on. By the end of that week, I needed two days to recover, and I may not have been joking when I talked about the couch and bonbons. There is no time during work days to get adequate sleep and find a way to work out, which are both required to recharge the batteries and stay healthy, especially when getting older. The lift limits in our job descriptions were a complete joke, so while we all did our best to be safe, often there were only two of us and our bodies paid the price. I had reached the point where I was questioning whether I was burned out from hospice, nursing, or both. 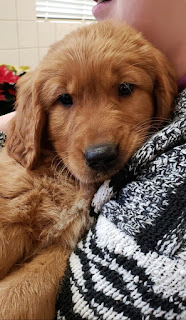 I spent a month at home during a "stay-cation" while playing with two litters of puppies. The timing was perfect and I spent time reflecting. It turned out I was not burned out at all from either nursing or hospice, but I did need a change. While I remain so proud of our team for the work we have done over the years, it was clear for many reasons that it was time to return to home hospice nursing. Over the past couple of years, the majority of our remaining original home hospice team I started with twelve years ago had left. I had reached out to another nonprofit hospice in our area during my time at home with the puppies and did an interview with them. I left with a renewed energy after meeting with members of their leadership team. I was impressed at the commitment of the organization to put patients and families first, even with the financial challenges all hospice programs face today. Even as they sort through their own changes, their priorities are in the right place. I accepted the position. I even visited the office with puppies before I officially started, which I am certain sealed the deal.

Two years ago, JJ had come to the end of a year of living with and being treated for lymphoma. While she tolerated chemo amazingly well, it was no longer working and we were done with treatment. She came to work with me on Christmas Eve, but made it clear halfway through the day that she was tired and was done. I called my husband to come get her and she was able to do her own walkout of the building, in a different way she had walked out so many who had died with us. Five days later, she died surrounded by several of those who loved her. 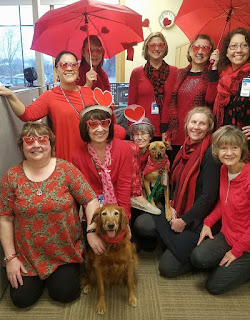 While I thought my last shift at the Hospice House on Christmas would be bittersweet, it was not as much as I had thought it would be. On my days off, I had already started orientation at Lumina, which had confirmed I had made the right decision for a fresh start. My last shift was full of reflection of all the memories we had been part of, mostly JJ's antics. I had been able to share so much about hospice issues with people around the world because of her. So many had joined us along the way as JJ played, mooched, walked out those who had died, nannied, stole slippers, provided belly rub therapy, wiggled, and became the most popular "staff" member we had. Her sassy voice and introduction of the Crazy Crew, including her own Mama G, helped me to share all things end of life with such a wide audience around the world. She led me down paths I would have never imagined. Animal-Assisted Crisis Response K9 handler, reluctant author, driver of a video star, therapy dog instructor, social media secretary, and Cat-Dog minion, to name a few. Her legacy continues, although I miss her voice and the variety of Pants names she had for me. 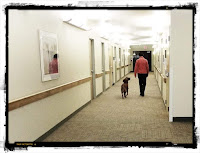 On that last shift, one of the volunteers who was so close to JJ and his wife came to bring me chocolates and wish me well, along with giving me a little time with JJ's niece Quinna. My work wife brought us goodies, and three of my co-workers brought me the best going away basket any nurse returning to the home side could ask for. It included Febreze, wipes, pens, hand lotion, and snacks. Anyone who has done home visits will appreciate how perfect these are. The five of us shared stories from the "old" days, many vividly remembered, as we laughed and laughed. The volunteer at the front desk commented how much she enjoyed hearing our laughter and obvious relationships. It was a perfect way to spend my last day. My last shifts were on a weekend and holiday, so I was happy to have a slow day to write notes to my co-workers. The timing of JJ and I both leaving the building for the last time at Christmas was amazingly syncronous. I will so miss the people I work with, but I left the building that night for the last time with my head high and a smile on my face.

A fresh start. My passion remains. My voice is back. 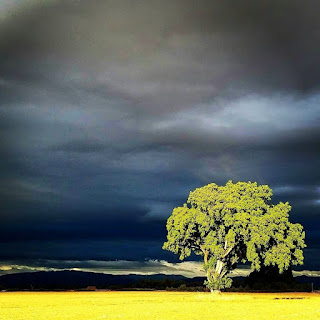